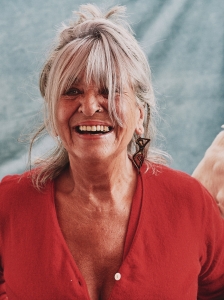 Hilly is a powerful and dynamic sexual/spiritual teacher. She is a catalyst and initiator. As mother of 6 and grandmother of 11, she is the ultimate wise women and dark angel, working at all times with the shadow. Her approach is very grounded and practical, coming from her deep understanding of family and intimate relationships. She is known for her wisdom, joy, love and total acceptance within her workshops and is very skilled and experienced in running groups of which she has over 30 years practice.

The earlier part of her life was working deeply within the sexual arena where she learnt about all aspects of the sex industry ….. at the she time practicing and teaching meditation and hatha yoga. Her quest for bringing these two paths together came about when she met John Hawken in the early nineties where she did the first tantra couples training in the UK. She was so struck by the deep and meaningful work that 100 % changed her life for the better, that her and John continued to work together until 2007…together they created the Skydancing tantra individuals training and also taught the Skydancing couples trainings. They were the first team to teach tantra in the UK and their work influences a number of the tantra schools running the UK today.

In 2001 Hilly created Shakti Tantra which initially was only working with women in a tantric setting.  She was joined by Sue Newsome, her co-teacher and dreamer and then Martin Hellawell, Sue’s husband, teacher on the couples program and Rose and the Thorn.

Hilly and Sue together have created a very leading edge tantra school, that not only works with women but includes an individual and couples trainings, also working with many areas of sexuality…. they are constantly and consistently at the forefront of what is happening around the world within the consciousness of sexual energy. Hilly’s deep passion is to give each participant various tools and workable models so they have the freedom to live the life they choose. She brings immense experience to her work, including bhakti yoga, past life therapy, metaphysical evolutionary skills, meditation and shamanic teachings.

She excels within the knowledge of sacred sexuality, body worship rituals, ceremony and rites of passage, sensual touch and unconditional love of the ‘divine feminine’ and believes that if you use your sexual energy with consciousness, it is a catalyst for great change within your life. She has been studying the science of tantra both in the east and west for many years and she validates the body as a source of information and tremendous wisdom. To relax in the wisdom of a mature woman, to be held in a safe, grounded and honoring way is truly an experience of total love, acceptance and nurture. 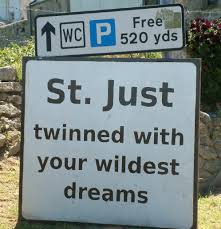 Hilly lives with herself surrounded by family, a little dog, a few cats and chickens periodically (when the fox doesn’t take them ) and a good few ex husbands! in the mix! …  Her home is in the deep and meaningful land at the end of England in south west Cornwall, a stone’s throw from Lands End with the sea surrounding her on three sides.  Here she celebrates her large family, the earth, the sky, the sea…living her life fully, she has truly created the tantric way of being embracing the duality of all things … the pain and joy of being human, she eats mostly organically and meditates to remain sane ….

Hilly is a member of the Association of Sexual Energy Professionals (ASEP) and the Sexual Health and Disability Alliance (SHADA).  She has been recognised by the Sexual Freedom Awards for a Life Time of achievements in the world of positive sexuality.